French-Chinese Foundation for Science and its Applications (FFCSA)

The French-Chinese Foundation for Science and its Applications (FFCSA) was founded by the French and Chinese academies of science with support from universities, Grandes Ecoles [French graduate elite schools], regions and several French companies. Its mission is to further scientific relations between France and the People's Republic of China in all the fields of science and its applications. 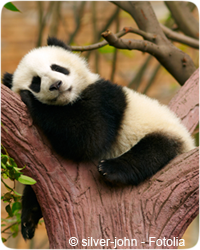 FFCSA’s Fellowships are awarded for 18 months or 24 months. They are exclusively aimed at candidates living in mainland China who wish to come to France. Chinese scholarship holders currently in France who are seeking to extend their stay are not eligible to apply. Fellowships offered are aimed exclusively at post-doctoral scholars, who have obtained their Ph.D. before the end of December 2014 and within the last 6 years and are under 40 years of age. A fluent knowledge of English is a pre-requisite for admission.

See the Call of offers