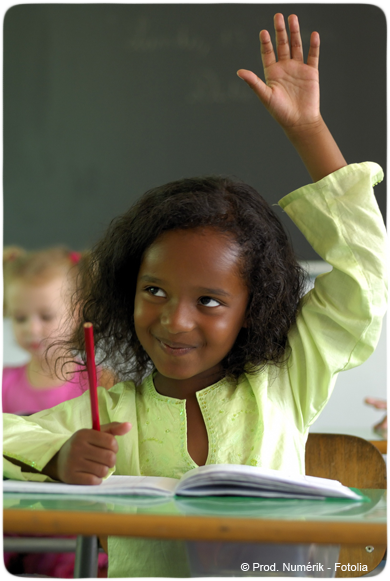 The Foundation for Scientific Cooperation La main à la pâte (i.e. “Hands-On”), created in 2011 by decree-law, started fully operating on 1 January 2012. It was founded by the Académie des Sciences, école Normale Supérieure (Paris) and École Normale Supérieure de Lyon. It stems from the eponymous operation launched in 1995 by the Académie des Sciences at the initiative of Georges Charpak, 1992 Nobel Prize in Physics, Pierre Léna and Yves Quéré. It gives first priority to the teaching of science based on knowledge building via exploration, experimentation and discussion. First developed in primary schools, it recently extended to middle schools with great success.

Independent from the Académie des Sciences on the administrative side, the Foundation yet remains in very close connection with it, owing to its origins and its operating procedures: many members of the Académie des Sciences take part in the Foundation, at all levels (board of directors, scientific council, Maisons pour la science, Programme, field actions, etc.).
The remit of this foundation is to support quality improvement in science and technology teaching at primary and middle schools, where the provision of the common base of knowledge and skills has a decisive influence on equal opportunity. Its action, at the international and national levels, is aimed at coaching science teachers and supporting their professional development. Its goal is to help them implement investigational pedagogy that may trigger pupils into developing their scientific minds, world understanding and expression skills.
In Europe, the Foundation pursues the track successfully opened by the Academie des sciences with the European Commission funded projects Pollen and Fibonacci, developing cooperative actions in science education within the Union (e.g. the current project Sustain, aimed at the science teachers, on issue of sustainable development). Beyond Europe, the Foundation, again developing cooperation agreements signed by the Académie with a diversity of foreign partners or exploring new cooperations on inquiry based science education (IBSE), organises training sessions, offers free access its resources or publications and is especially open to the emerging and developing countries. Every year, the Foundation organises in Paris an International Seminar, with the support of the Ministry of Foreign Affairs and its diplomatic network. Gathering 50 participants from all over the world during one week, it disseminates IBSE and leads to fructous cooperations.

The annual La main à la pâte awards ceremony, in the Great Hall of Conferences, is a reminder of this commitment, whose 20th anniversary is celebrated in 2015:
• Since 1997, the Primary Schools Awards of La main à la pâte are awarded every year under the auspices of the Académie des Sciences. They single out classes from public or private primary schools for having carried out, over the previous year, experimental scientific initiatives which reflect particularly well the spirit and investigation method endorsed by La main à la pâte;
• created in 2009, the "What to do?...a job!" Award of La main à la pâte highlights the extent and quality of a partnership that links together a school and one or more companies sharing a common project. It singles out experimental scientific initiatives from middle school classes which carry out integrated science and technology education in partnership with a company;
• created in2007, the biennial CAFIPEMF AwardAward singles out one of the laureates from the CAFIPEMF (Certificat d'aptitude aux fonctions d'instituteur ou de professeur des écoles maître formateur), a qualification exam which demonstrates primary school teaching & master training qualification. Such laureate is rewarded for the dissertation on the renewal of science teaching which he/she would have written and defended in an attempt to be admitted;
• The Master of Education in Teaching and Training Award, which replaced in 2011 the Vocational Dissertation Award of La main à la pâte, rewards two dissertations written by students in their second and final year of the Master's Degree (Master 2), in fields of study that prepare them for teaching/training professions by adopting, in the spirit of La main à la pâte, a renovated approach to the teaching of science and technology or by training science and technology teachers at primary school levels (nursery school level included). 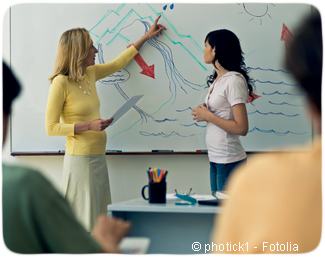 Ongoing teacher training is pivotal to the renewal of science teaching in our country. The Maisons pour la science au service des professeurs programme, supported by the French programme Investissements d’avenir, takes part in such an effort towards ongoing teacher training development. In order to do so, it draws on close and structured collaboration between the world of education and that of scientists and engineers.
The Maisons pour la science actively contribute, not only to the professional development of teachers, but also to the increasing commitment of the scientific and industrial world towards education institutions, to the completion of local projects fostering equal opportunity through science and to the production and dissemination of teaching resources for class.