Members of the Académie des Sciences

In order to fully play its part as a major actor between science and society, the Academy adopted a new set of statutes in the early 2000s. 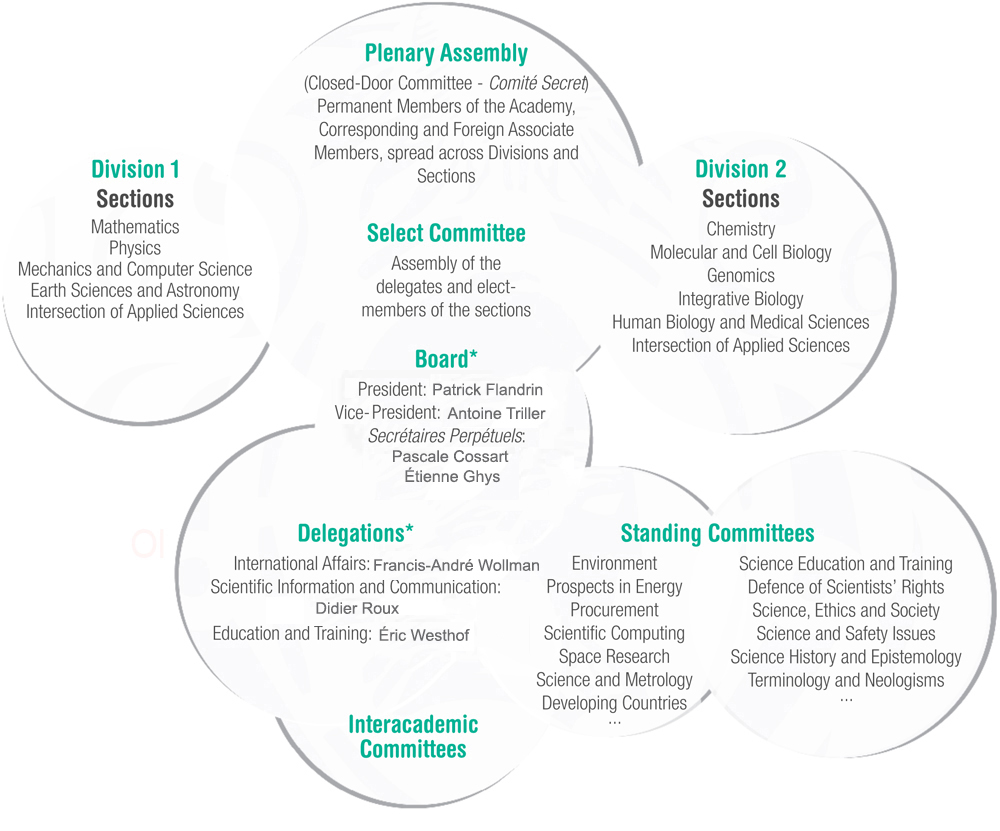 Gathering the scientific elite of our country, the Académie des Sciences has adapted to the increasing pace of scientific progress by expanding its membership – now at 281 members aside from Foreign Associate and Corresponding Members – and rejuvenating the profile of the Academy – half of its seats are kept for applicants under 55 years old, which means they are still working – thus making sure the Academy is in direct connection with civil society and economic activities. The Académie des Sciences performs its five missions through finely-tuned coordination between its statutory governance bodies, all members of which have been elected, and Committees providing analysis and advice.

More about the Members