5 questions to Jocelyn Bell, laureate of the Grand Médaille 2018 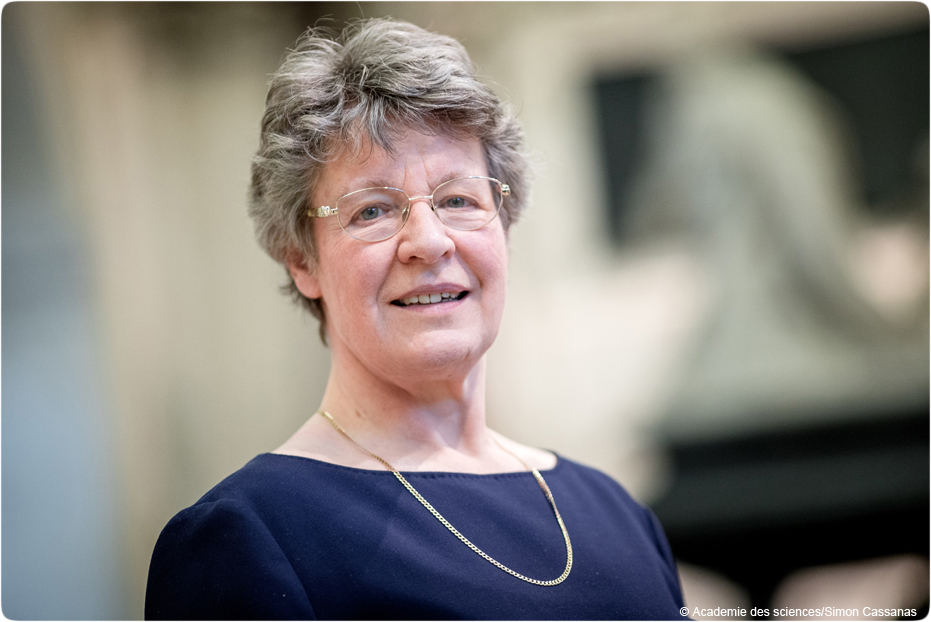 On 20 November 2018, Professor Jocelyn Bell received the most prestigious scientific award of the Académie des Sciences, the Grande Médaille. Her discovery of pulsars, astronomical objects she identified from receiving regular radio pulses, paved new ways for astrophysics and science in general. As a citizen of the world, Professor Jocelyn Bell strongly encourages cultural and social minorities to engage in scientific research. 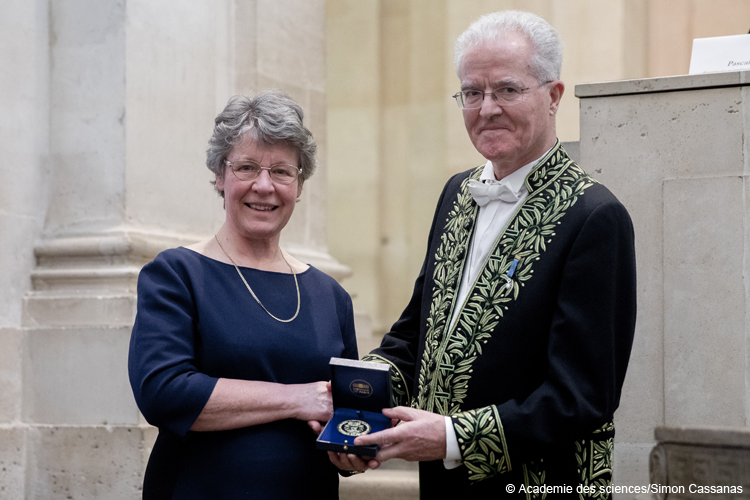 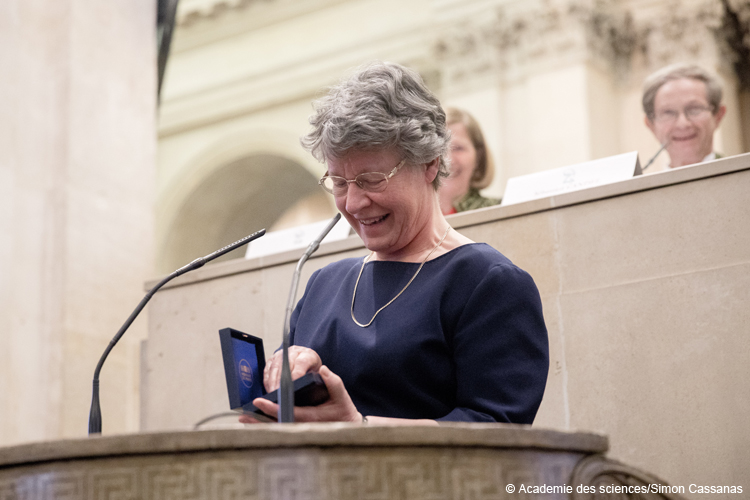 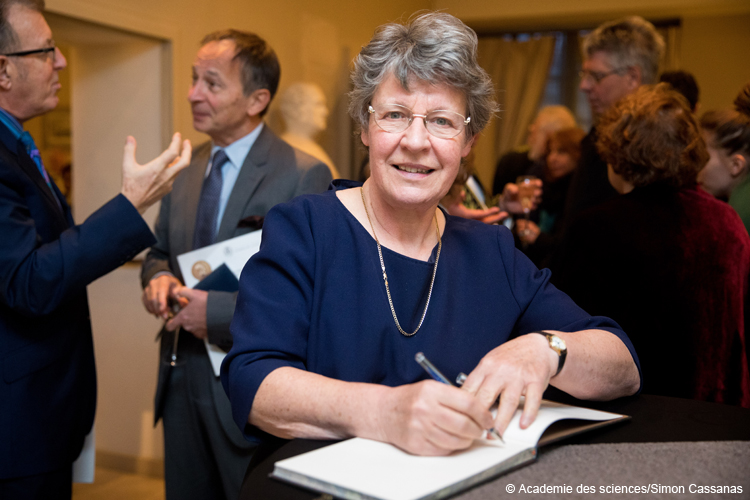 How did you discover pulsars?
By accident! In 1967, I was a PhD student at Cambridge University working on a project for which I was the first person to use a new instrument, a radio telescope. This instrument detected unexpected signals. I was fortunate enough to notice them, as they were a very small part of all the data: 5 mm on a 500 m paper chart! At the time, though, I was feeling as an imposter – I felt that, as a woman, and being from the North of the country, I did not belong in the very suave, civilized and confident environment of Cambridge. I had thus decided I would work my hardest so that I would not be expelled with a guilty conscience! When I told my supervisor, Antony Hewish, about these peculiar radio signals, he recommended me to produce an enlarged view of them through high-speed recording. But the signals had disappeared! Until, a month later, as I was feeling most anxious, I finally received a string of equally-spaced radio pulses…

How did you identify the cause of these pulses?
We had to be very creative. My supervisor’s first reaction was that it was human interference. But it was not: the pulses happened 4 minutes earlier every day, in line with a sidereal day, not a 24-hour solar day. He then wanted to check out the “LGM” option: could it be Little Green Men on another planet? If so, by Doppler effect, the pulse periods would have been shorter each time this planet would have come nearer to ours, which was not the case. Other possibilities were checked out. Finally, a colleague estimated that the source was at a distance of 200 light years. It was beyond the sun but still in the Milky Way galaxy. Fairly quick, as we knew what to look for, other pulsars were discovered. In the Summer of 1968, one was found in the Crab Nebula. It was gradually slowing. This implied it was not a vibrating element, which would accelerate before stopping, but a rotating one: it had to be a neutron star.

Why are pulsars a major discovery?
It was the discovery of something new: nobody had taken seriously the proposition, dating from 1934, that, during their supernova explosions, massive stars saw their cores compressed into “neutron stars”. But here they were! These neutron stars are extremely dense: as if the lid of a plastic bottle contained the whole human population. Their gravity is thus extremely strong: if something fell on to a neutron star, it would reach the ground at the speed of light! And the density at the centre of the star is 1010 times that of its surface, although it is only 10 km below. It might consist merely of fundamental particles. All this stretches our understanding to a considerable extent. Pulsars spin very fast and are among the best clocks in the universe, which enables us to test Einstein’s theory of gravity: in their strong gravity field, is the trajectory of an object still independent from its composition? Finally, observations made on two-pulsar systems have evidenced the existence of gravitational waves. Pulsars are very fruitful discoveries indeed, and the Grande Médaille of the Académie des Sciences illustrates it wonderfully!

Did pulsars also improve the academic visibility of astrophysics?
Undoubtedly so. There had been no Nobel Prize for astrophysics until Antony Hewish was awarded it in 1974. I was proud my stars had convinced the jury there was good science in astronomy. I also knew it would create a precedent: since then, about 20 astronomers have received the Nobel Prize in physics!

Did being a woman affect your scientific career?
It seemed to me normal that the Nobel jury would not notice the postdoctoral student I was then and paid sole tribute to my supervisor. I don’t think it was a question of gender, although there were very few female students or supervisors. I was already married and had a son, however: throughout my career, being a woman affected the organization of my work. The British society was long convinced it was shameful for a woman to work. As a woman, though, I did bring new ways of thinking to the University of Cambridge! Today, English-speaking countries have an under-average proportion of women astronomers, the best countries being in Southern Europe, including France, and Southern America. But the issue is broader. I have donated to the Institute of Physics the $3 million Special Breakthrough Prize money I have received, to help women, under-represented ethnic minority and refugee students become physics researchers. For the sake of science, we should encourage diversity!

An interview by Nicolas Rigaud