In the Middle East

The first Sciences, Network, Consciousness colloquium was held in 2012 under the auspices of UNESCO, with the objective to further rapprochement between the populations of the Middle-East through scientific cooperation. On 4 April 2013, the Sciences, Network, Consciousness #2emphasised the theme of cooperation in the field of water in the Eastern Mediterranean: the achieved and future projects have been presented by their leaders, Israeli or Palestinian researchers, along with several international initiatives. Catherine Bréchignac, the Perpetual Secretary of the Académie des Sciences and delegate ambassador for science, technology and innovation, took this opportunity to look back into two major goals of science diplomacy: fostering the conservation of scientific links between the countries, even if a situation of conflict should occur, and using such bi- or multi-lateral relationships to build a network of strategic influence in support of science. 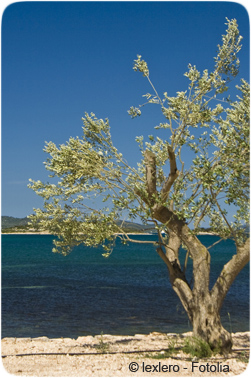 I n 2011, the Académie des Sciences and the Israel Academy of Sciences and Humanities have decided to strengthen scientific cooperation between their two countries. Such collaboration is made manifest by the organization of joint annual colloquia. On 22 and 23 May 2013, a colloquium on mathematics was held at the Institut de France in Paris. On 19 and 20 March 2014, it was Jerusalem that hosted a colloquium in physics, focused on the interactions between light and matter. Several members of the Académie gave lectures there, including the two Nobel Prizes in physics Claude Cohen-Tannoudji et Serge Haroche.

Supporting the young Academy of Lebanon

The foundation of the Lebanese Academy of Sciences (Académie des sciences du Liban, ASL) has been widely supported by the Académie, 4 members of which are also members of ASL. Bilateral meetings are held on a regular basis to further the development of this young academy. In April 2014, the Académie greeted ASL to a joint reflection, 5 years after its creation, on the initiatives it might implement to better catch the attention of the public authorities of Lebanon. The discussion especially focused on the current drafting of a report on research in Lebanon, which would be in perfect line with the advisory mission any academy should be able to carry out for the government of its country. Other actions, developed by the Académie des Sciences, might also inspire ASL, as parliamentary twinning operations or ASL's participation to the International Human Rights Network of Academies and Scholarly Societies. Whether a Franco-Lebanese Prize should be created is also a matter of discussion.