The world leader for its R&D spending efforts, Southern Korea is a special partner to the eyes of France. The academies of the two countries support such scientific cooperation by tightening their ties, already enshrined in an agreement that was settled in 1997. 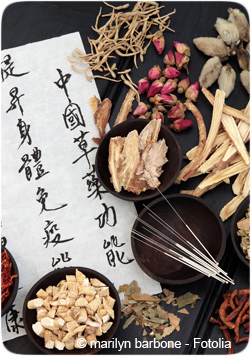 France and the People's Republic of China have settled in 2007 on a bilateral cooperation agreement on Chinese traditional medicine. The steering committee ("Comité de pilotage" in French, "Copil") of this French-Chinese agreement meets every year and scientific events involving members of the Académie des Sciences are organized on the margins of these annual meetings.

The French-Chinese Foundation for Science and its Applications (FFCSA), was founded by the French and Chinese academies of science with support from universities, Grandes Ecoles [French graduate elite schools], regions and several French companies. Its mission is to further scientific relations between France and the People's Republic of China in all the fields of science and its applications.

From 15 to 17 October 2014, a joint scientific meeting between the Académie des Sciences and the VietNam Academy of Science and Technology, which are partners since 2013 by a cooperation agreement, was held in Hanoi around The Chemistry of Natural Substances.

Within the framework of their cooperation agreements, the Académie des Sciences and Indian National Sciences Academy organize the Etienne-Wolff-Ramanujan Lectures: on 18 June, Marthanda Sankaran Valiathan gave a lecture at the Académie on Ayurveda and Modern Science. On 21 April 2014, Nicole Le Douarin, the Secrétaire perpétuel honoraire [Honorary Perpetual Secretary] of the Académie came to New Delhi to lecture at a conference entitled The neural Crest, a Source of Stem Cells and its Role in the Development and Evolution of Vertebrates.