The Algerian government wished to endow its country with an academy of sciences and technologies whose statutes would meet the international standards. The Académie des Sciences advised the government in this view and was particularly involved in the empanelment of an international jury to process the applications for the future academy. This selection process of a first wave of academicians, started in 2014, will secure the independence of the Algerian academy and thus ensure its worldwide reputation. 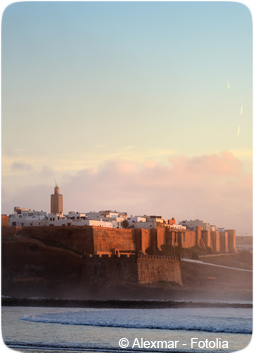 France and Morocco have been for a long time involved in initiatives of science diplomacy. In this context indeed, Catherine Bréchignac, the Perpetual Secretary of the Académie des Sciences and delegate ambassador for science, technology and innovation, was invited in February 2013 and February 2014 to take the floor at the opening ceremony of the Solemn Plenary Session of the Hassan II Academy of Sciences and Techniques (Académie Hassan II des Sciences et Techniques) in Rabat. The Académie des Sciences provided its full contribution to the scientific programme of these plenary sessions, through the lectures of Académie Members Serge Haroche (2012 Nobel Prize in physics) and Cédric Villani (2010 Fields Medal) in 2013, and Didier Roux and Daniel Kaplan in 2014.

Several academies are members of the Tunisian Academy of Sciences, Letters and Arts Beit al-Hikma created in 1992. A delegation of the Tunisian Academy was greeted by the Académie des Sciences on the occasion of its Solemn Session on 26 November 2013. In order to invigorate the Tunisian Academy, it has been suggested at this meeting that interacademic colloquia should be organized in Tunisia on major social issues, gathering members of the University, industrial and political leaders, each conference being introduced by a member of the Académie des Sciences. The first of these colloquia was held in Carthage on 7 May 2014 on the theme of Energy: Challenges and Opportunities for Tunisia, starting with an opening by Académie Member Michel Combarnous.

Through several of its members, including Catherine Bréchignac, Perpetual Secretary of the Académie, who gave the initial lecture, François Gros, the Honorary Perpetual Secretary and Daniel Rouan, the President of the Foundation La main à la pâte - Pour l’Éducation à la science [La main à la pâte – Fostering Science Education], the Académie des Sciences took an extensive part in the debates of the international colloquium devoted to the theme Francophone Training Offers: Taking Stock and Perspectives - a preparation for the 15th Summit of La Francophonie which held in Dakar, Senegal, in October 2014.